On November 19, 1928, our Mighty Wurlitzer organ played for the first time at the grand opening of the new Orpheum Theatre. The organ, new and gleaming, was an exciting showpiece as the theatre welcomed patrons back for the first time since the original structure had burned to the ground five years before.

Since that day, the Wurlitzer has been a fan-favorite attraction, rising from its own hydraulic lift in the orchestra pit to the delight the crowd. We invite you to learn about the history of this 92-year-old instrument and why it's so precious to all of us at the Orpheum.

The Rudolph Wurlitzer factory was located in North Tonawanda, NY, a suburb of Buffalo. Every organ manufactured by the Wurlitzer Pipe Organ company was assigned a serial number, or in the terminology of the company, an Opus number. Our organ holds the Opus number of 1956. Only 2,143 Wurlitzer pipe organs were produced by the firm between 1910 and 1943. Of those, the Orpheum’s organ is one of only 12 worldwide that remain today in the same building in which they were originally installed.

These organs were created because theatre owners at the time wanted their audiences to hear the sounds of a full orchestra but did not want the ongoing expense of paying one. Wurlitzer organs allowed a single musician to have the sounds of an entire orchestra at their disposal. 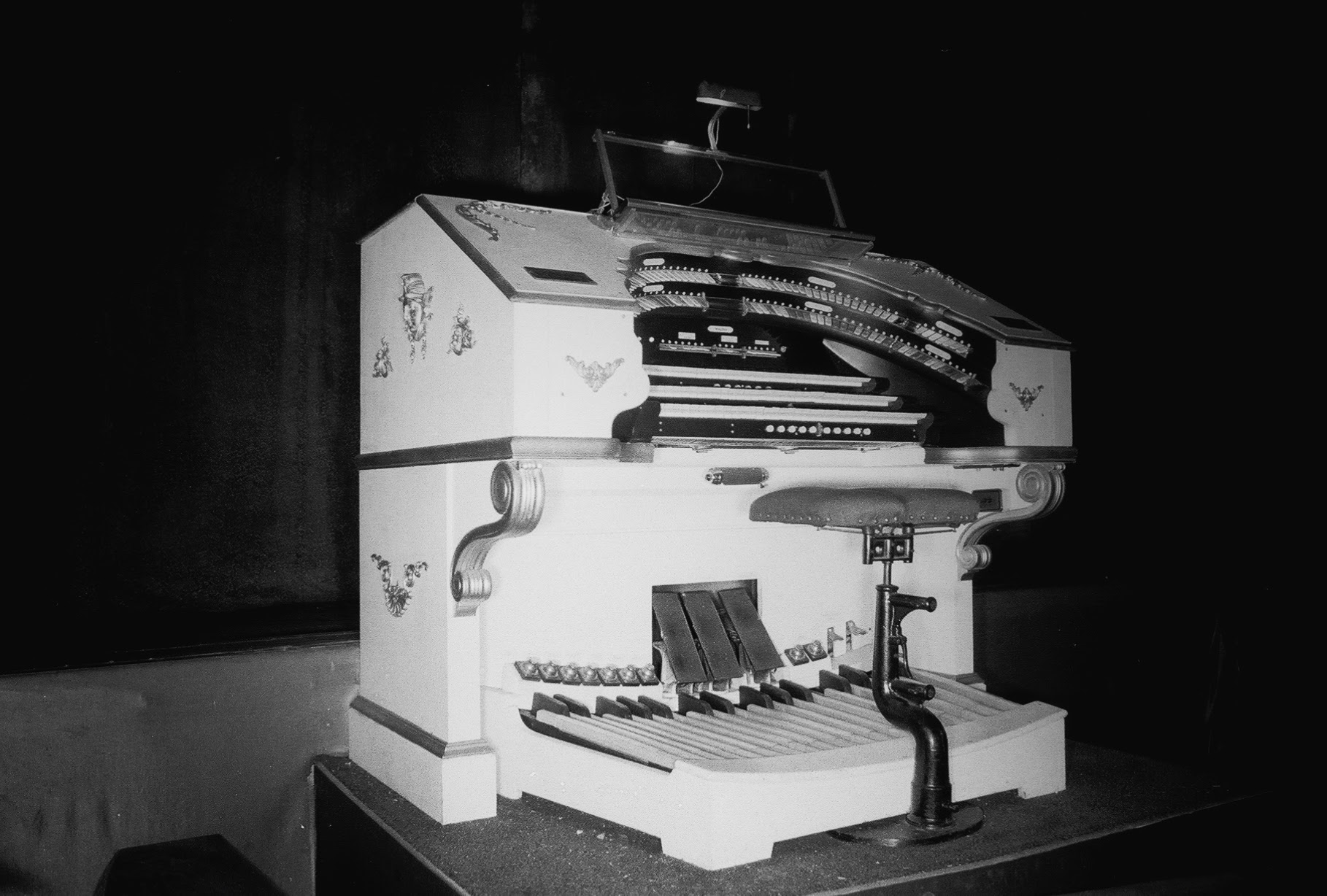 The Orpheum paid $19,000 for our magnificent pipe organ. It arrived in Memphis in September 1928 in preparation for the November theatre opening. On opening night, November 19, 1928, the Giant Wurlitzer, as it was then advertised, was played by organist Earl Estes.

In 1940, vaudeville had given way in popularity to talking pictures, and the Orpheum Theatre was sold to M.A. Lightman, who made the theatre his flagship Malco movie theatre. The house organist was a man named Milton Slosser, who unfortunately departed the theatre in 1943. His departure left the organ largely unused and it fell into general disrepair.

In the 1950s, a stage curtain caught fire and fell on the organ console, badly damaging the finish. Two brothers, Harlan and Philip Judkins, offered to repair the organ, and Richard Lightman agreed. The brothers found extensive damage caused by humidity and coal soot, which was found throughout the organ, from the basement blower to the caps of the pipes. Harlan and Phillip, however, were undeterred and performed the herculean task of cleaning the organ and the pipes thoroughly.

In the fall of 1959, the Wurlitzer was finally once again in good playing condition.

The Malco hired Ernest Nichols from Clarksville, TN, as the house organist, and the sounds of the Mighty Wurlitzer were heard once again in Memphis. 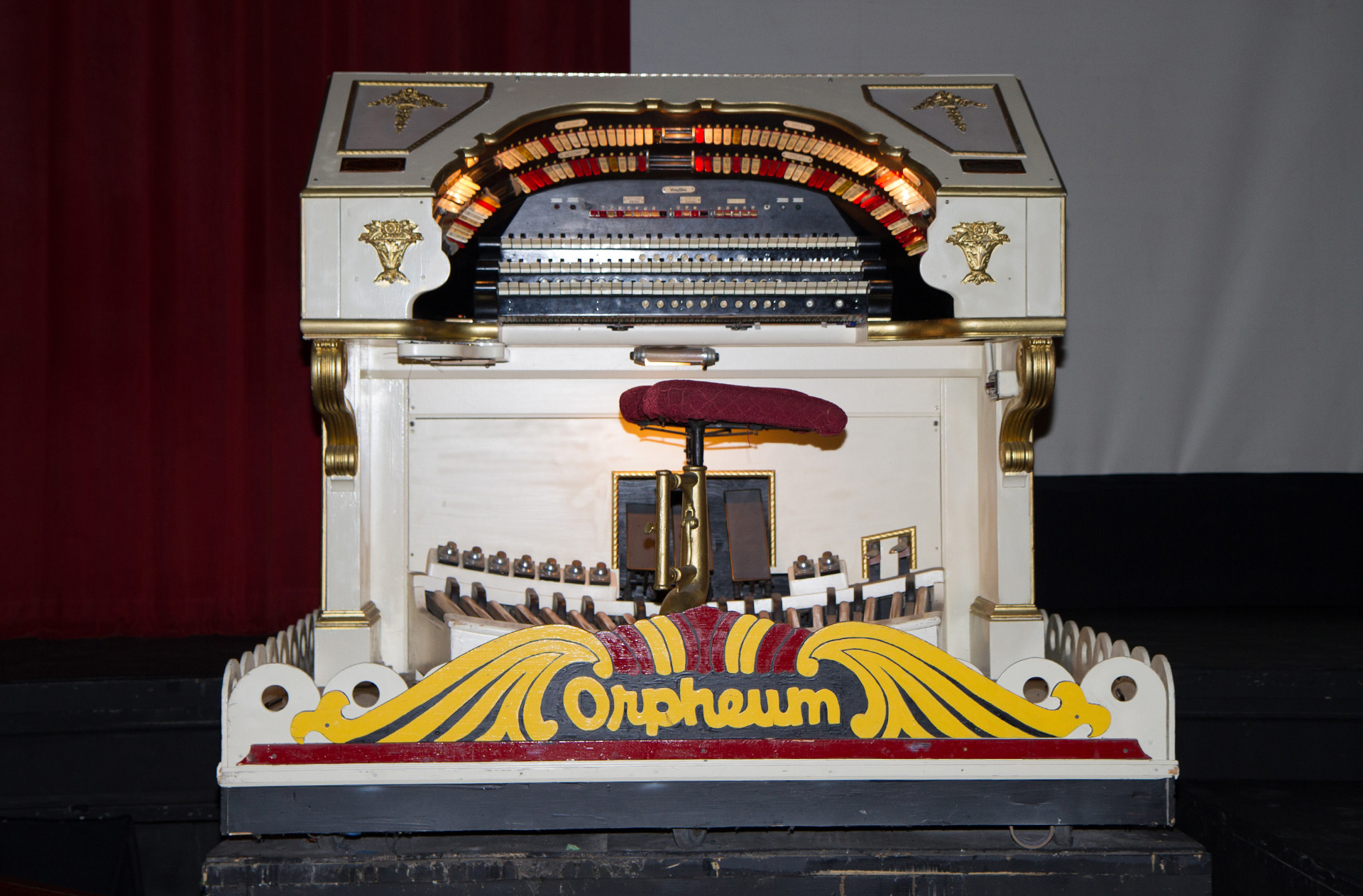 In the early 1970s, the MALCO was fortunate to have Bill Oberg maintain the Wurlitzer. He extensively repaired and revived the organ through the theatre’s final years as the Malco.

After the theatre was purchased by the Memphis Development Foundation in 1975 and its name reverted back to the Orpheum, the organ slowly declined as the decades passed. Despite loving care by its organists, by June 2017 time had taken a toll, and the organ was, for all practical purposes, unplayable. The Orpheum Theatre Group, the successor organization to the Memphis Development Foundation, launched a fundraising campaign to totally rebuild the Mighty Wurlitzer. 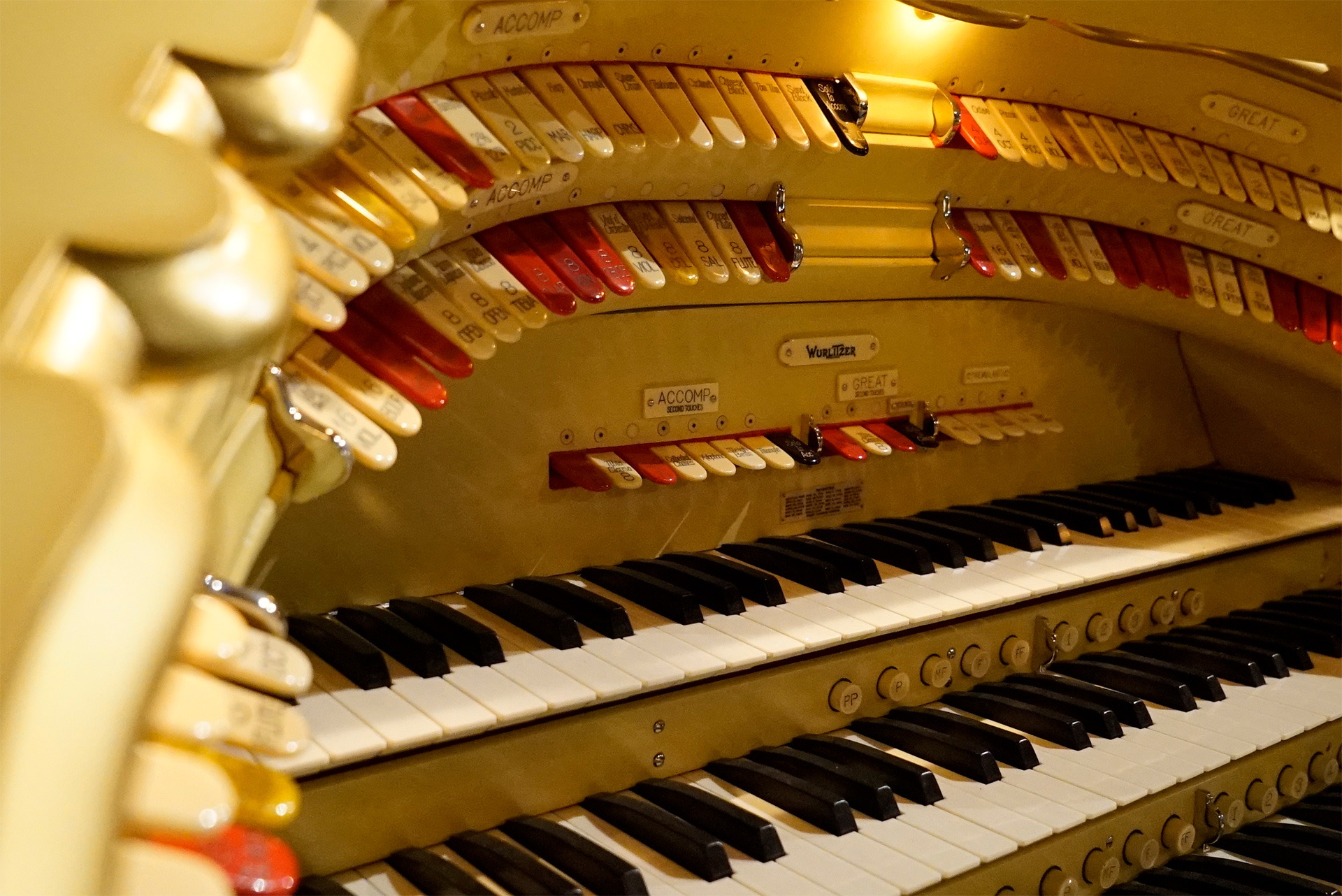 JL Weiler, Inc of Chicago was commissioned to disassemble the organ down to the smallest piece, ship all those pieces to their shop, repair or rebuild every piece, and then reassemble the organ back at the Orpheum. The total cost of this massive project was approximately $500,000.

On November 19, 2020, 92 years after it played its first note at the Orpheum, we unveiled our newly restored Mighty Wurlitzer to the public in all its musical majesty.

Get to Know the Organ

Watch a collection of videos about the organ featuring its history and interviews with organists and others who love this important piece of the Orpheum.

We want to express our deepest appreciation to the organizations and people who made the 2017 restoration of the Mighty Wurlitzer possible, especially our lead sponsor, The Plough Foundation. A special friend of the Orpheum’s organ who donated to this renovation is Mr. Winston Wolfe.

Finally, hundreds of individual Memphians gave to the Orpheum Bucket Brigade during the 2017 and 2018 seasons. We are also grateful to our Friends of the Orpheum volunteers, who dedicated their time and energy to raising donations for our Save the Wurlitzer campaign. Thank you for helping to bring back our crown jewel's sparkle. 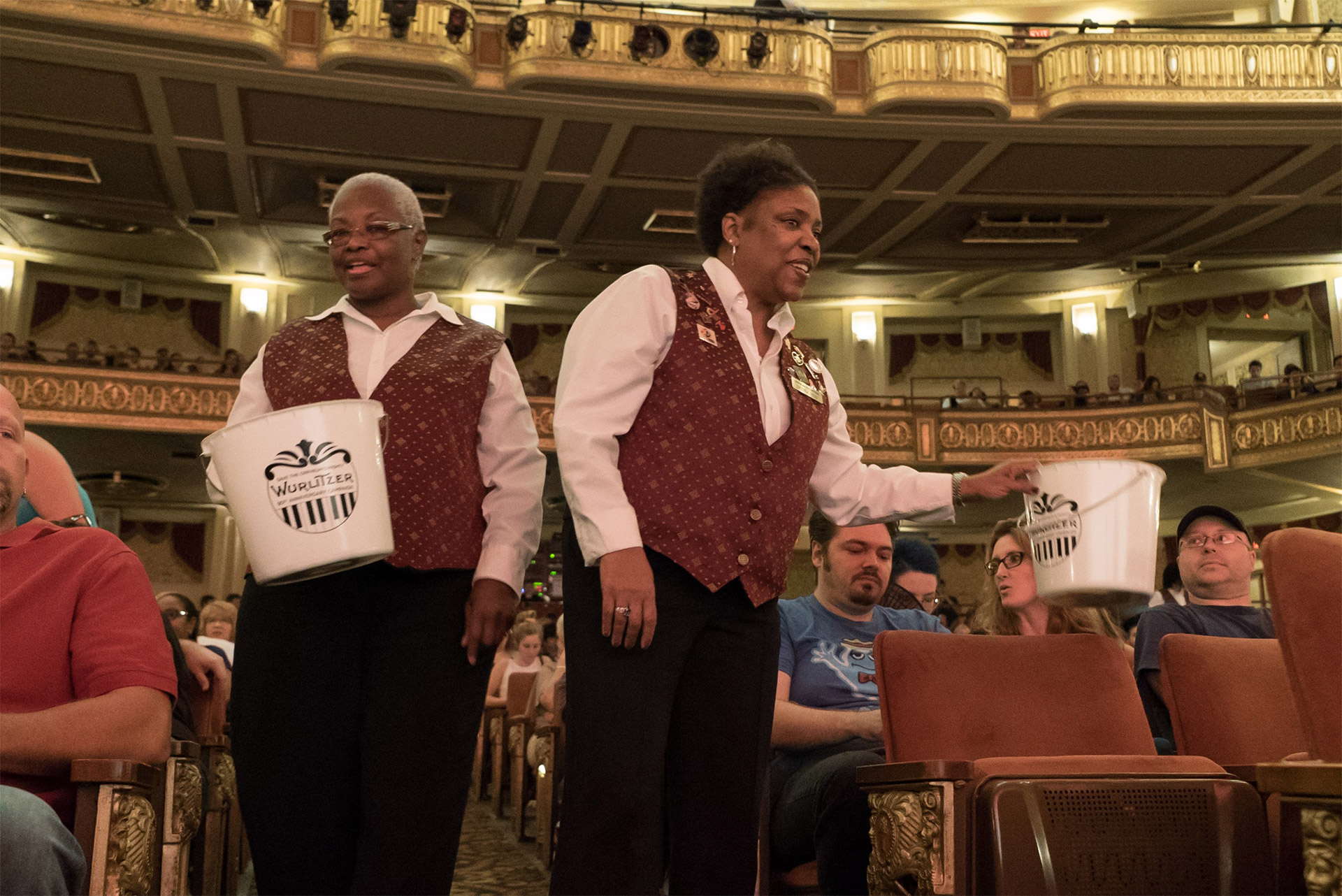 See a photo gallery of the Mighty Wurlitzer returning to the Orpheum after its long restoration.

Everyone thinks of the organ console when they think of the Mighty Wurlitzer, but the console is only part of this magnificent and complex instrument. Under the stage is a massive blower that provides the air that is pushed through the pipes, hidden in chambers on either side of the theatre. In total, there are 949 pipes ranging in size from 16 feet tall to the size of a pencil. Check out the other mind-blowing details hidden inside the massive organ: 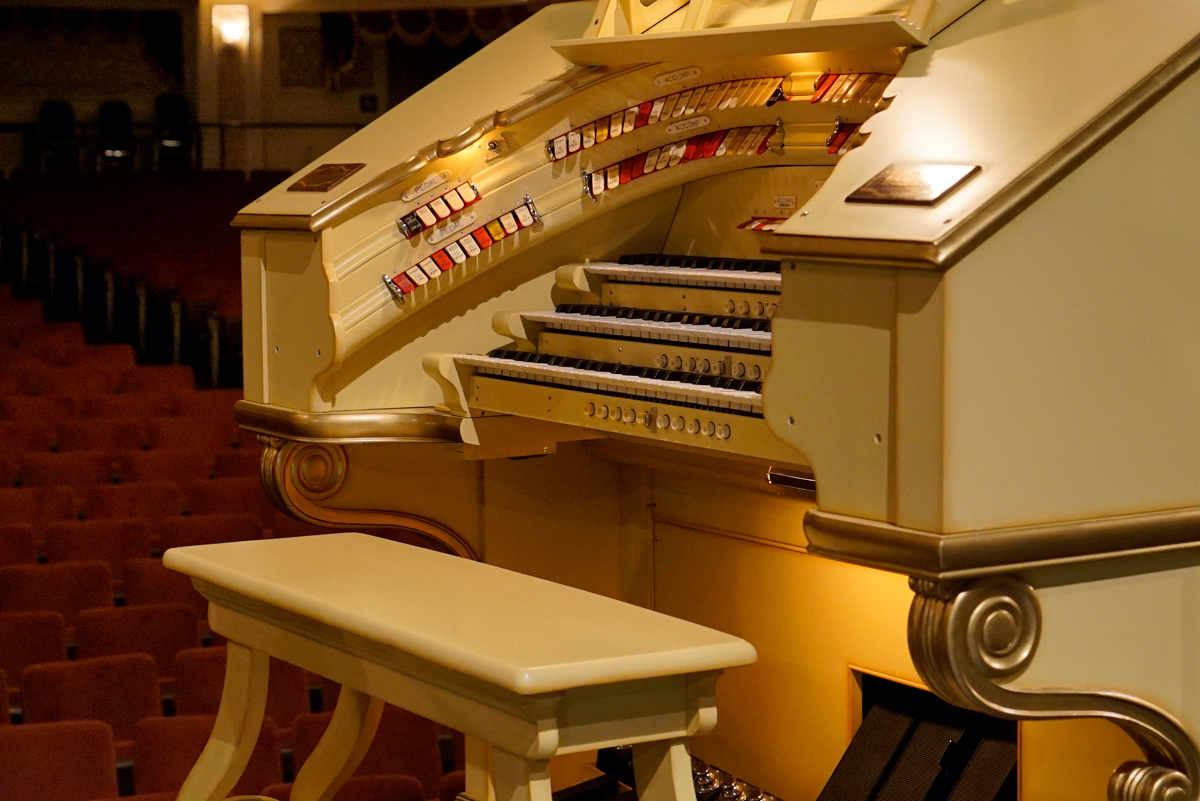 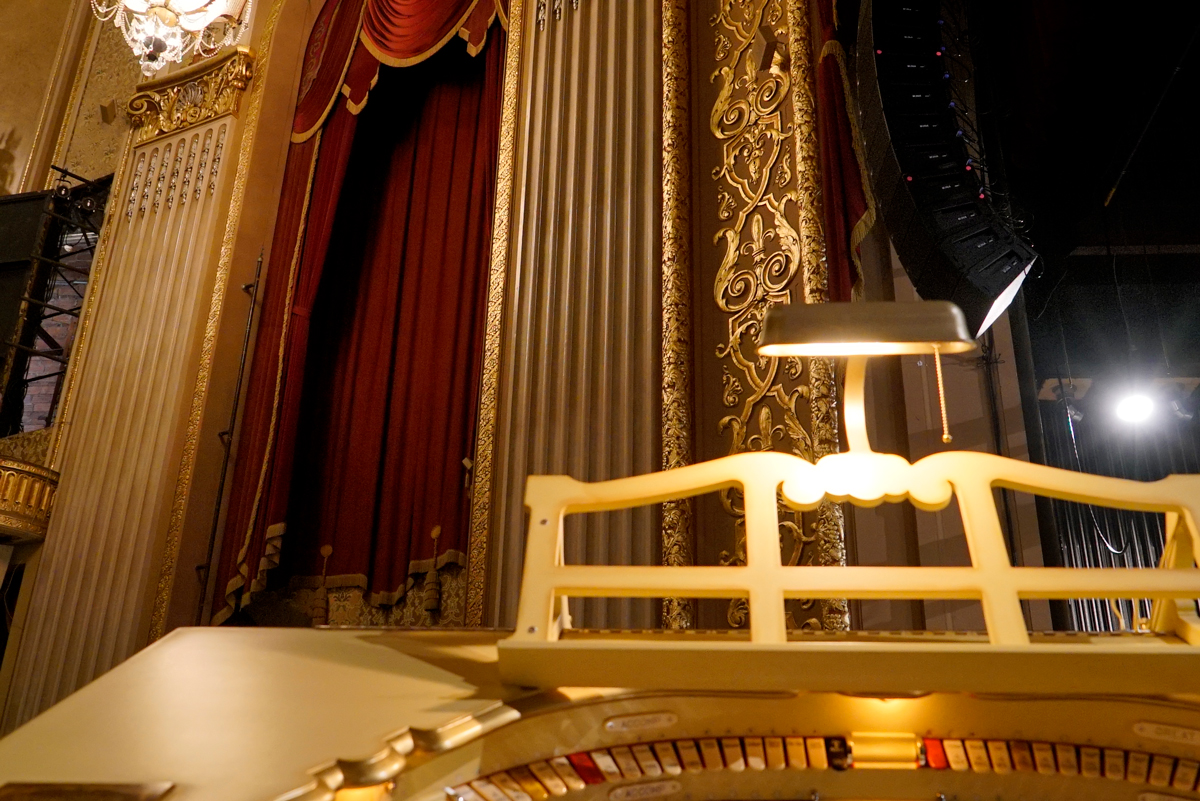 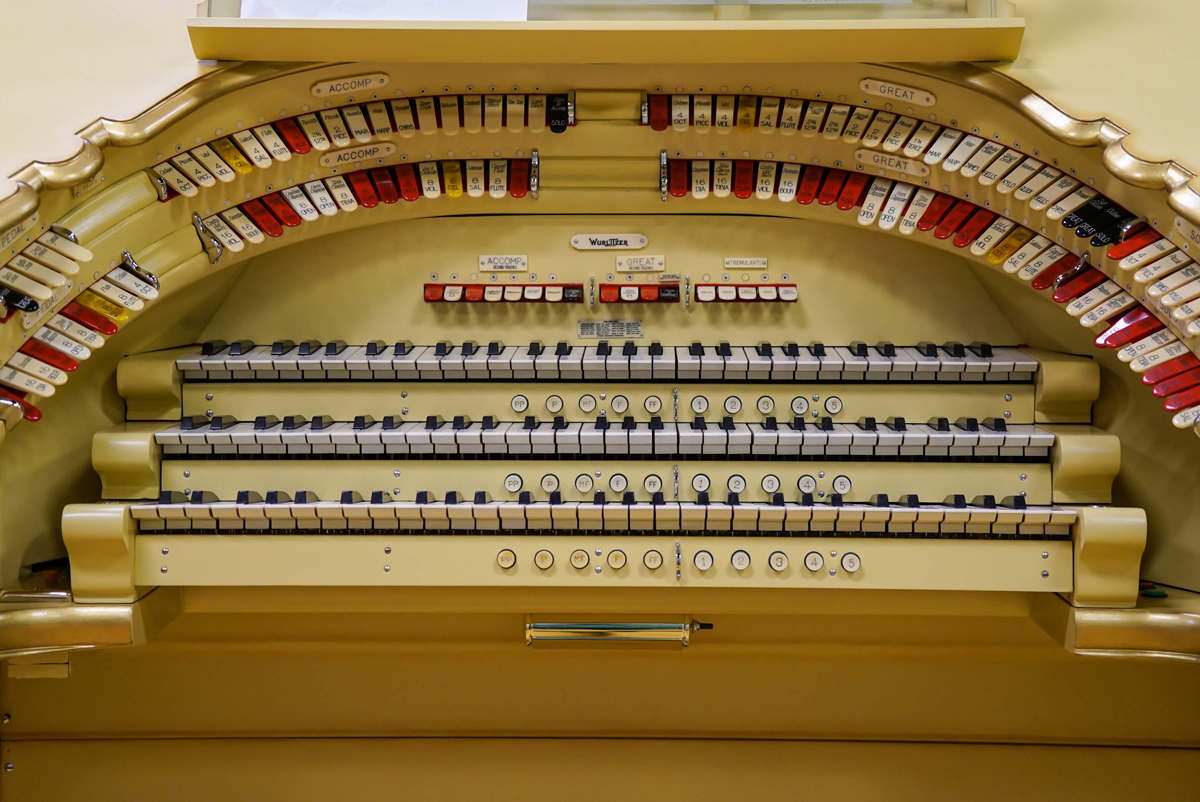 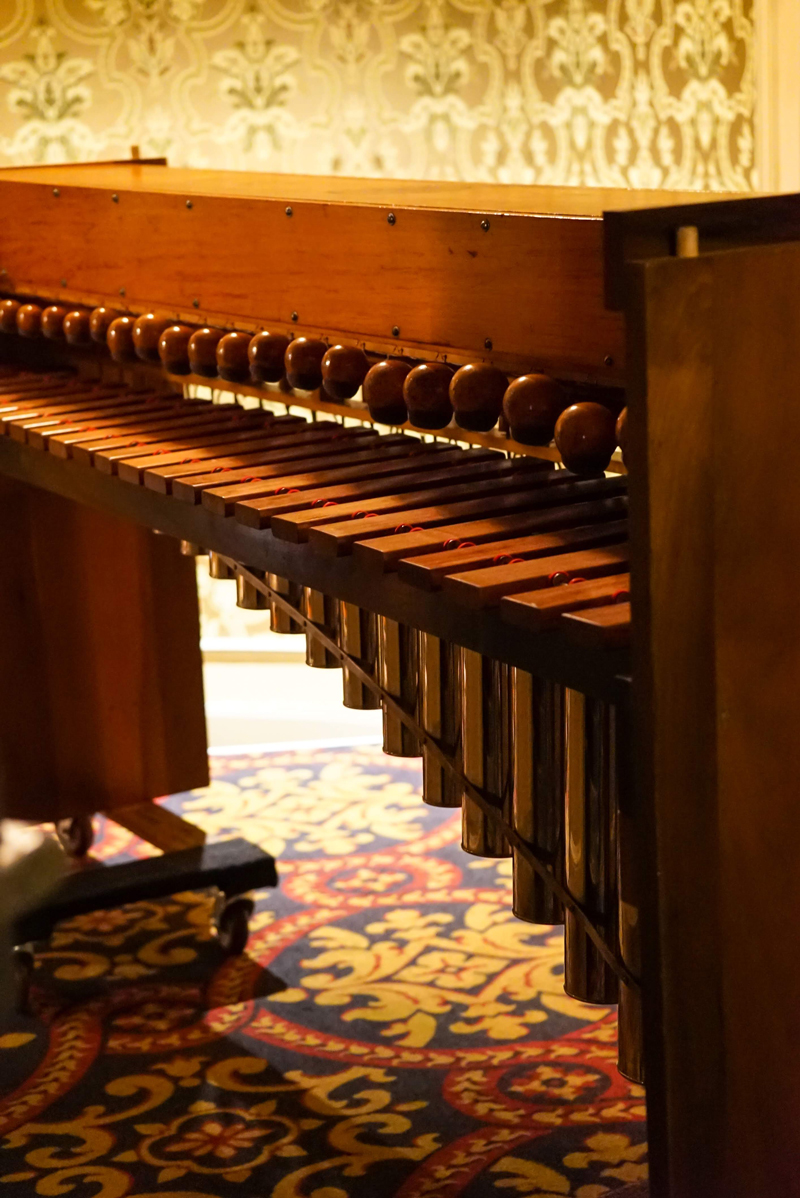 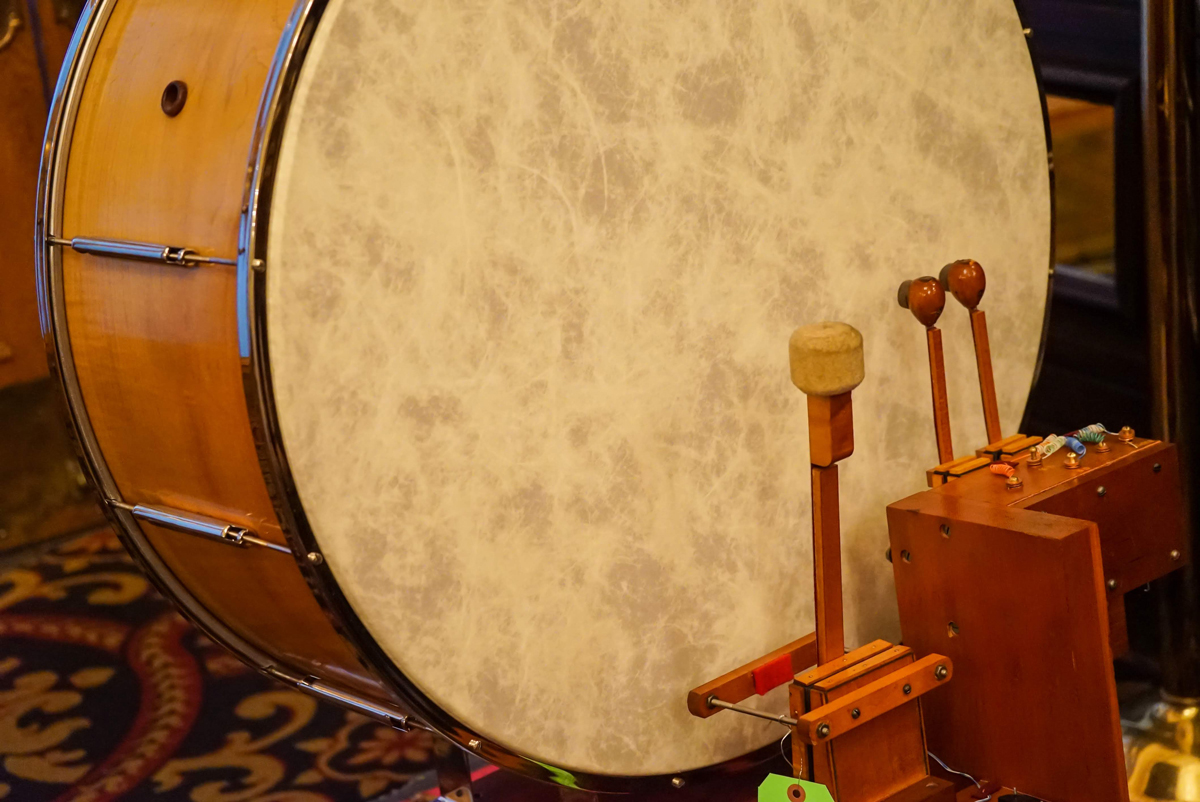 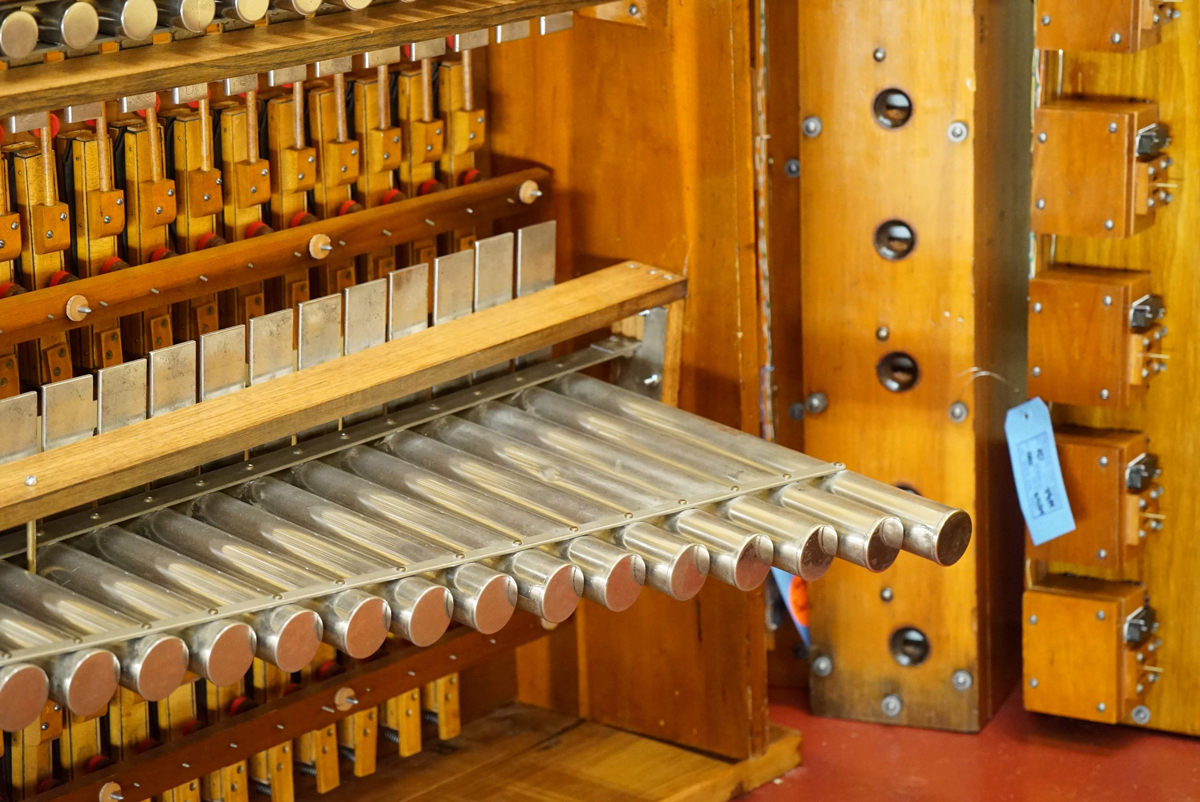 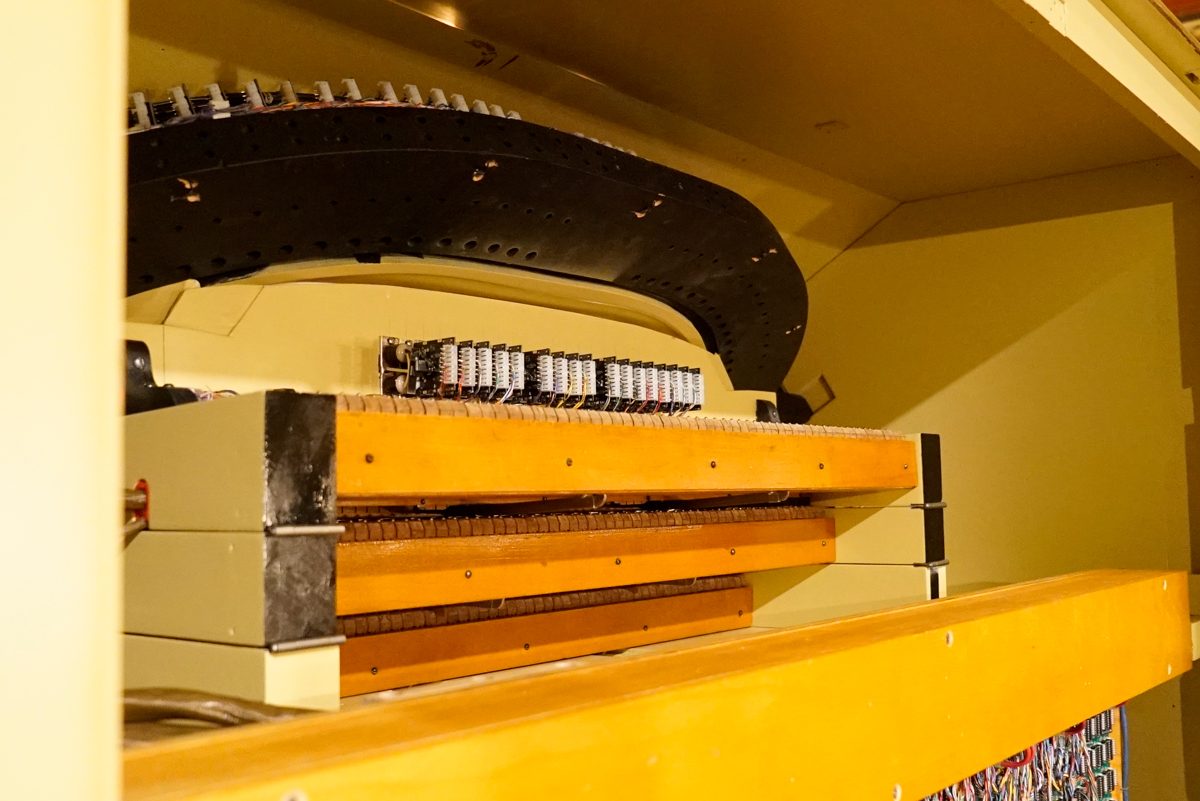 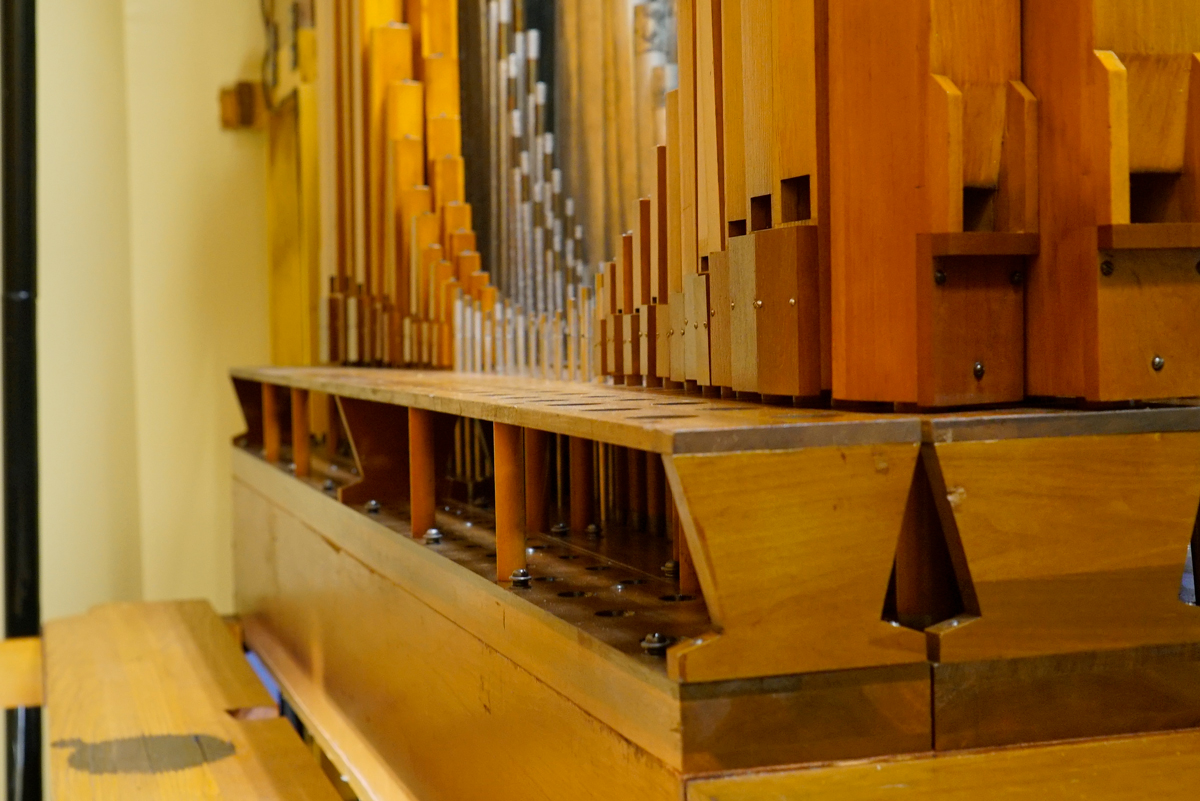 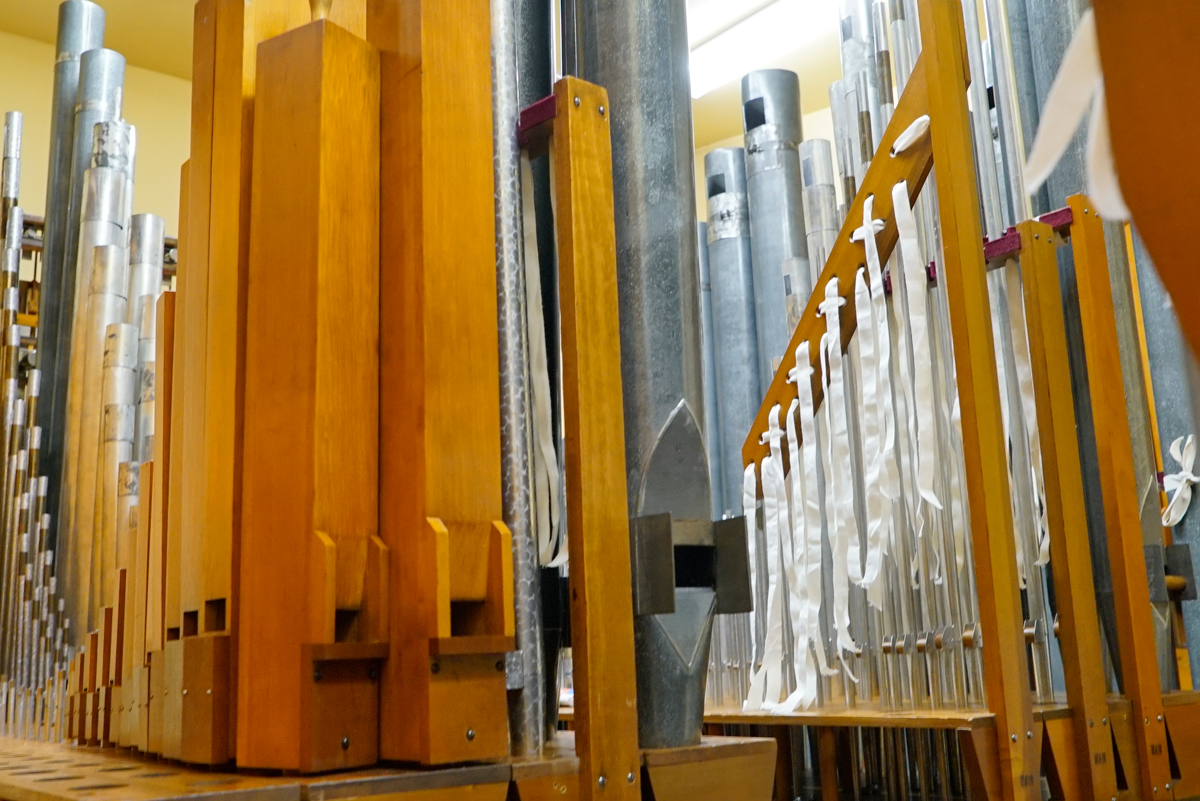 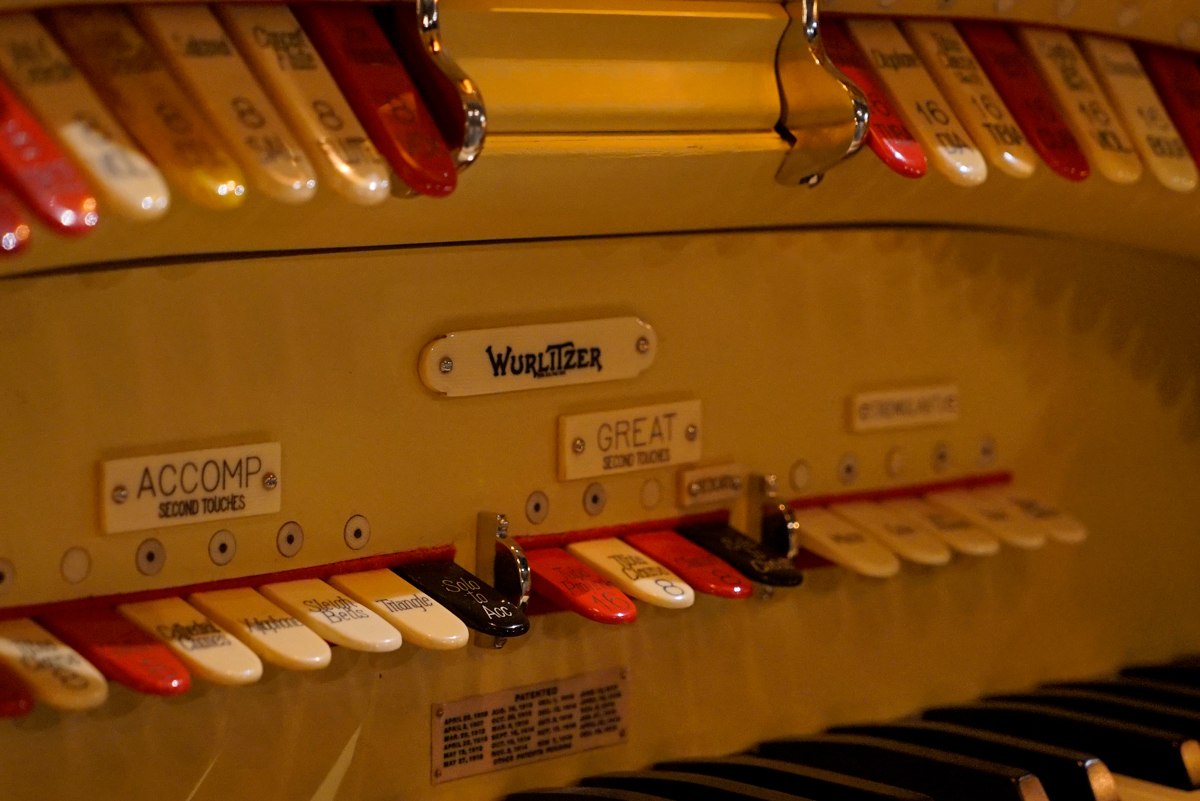 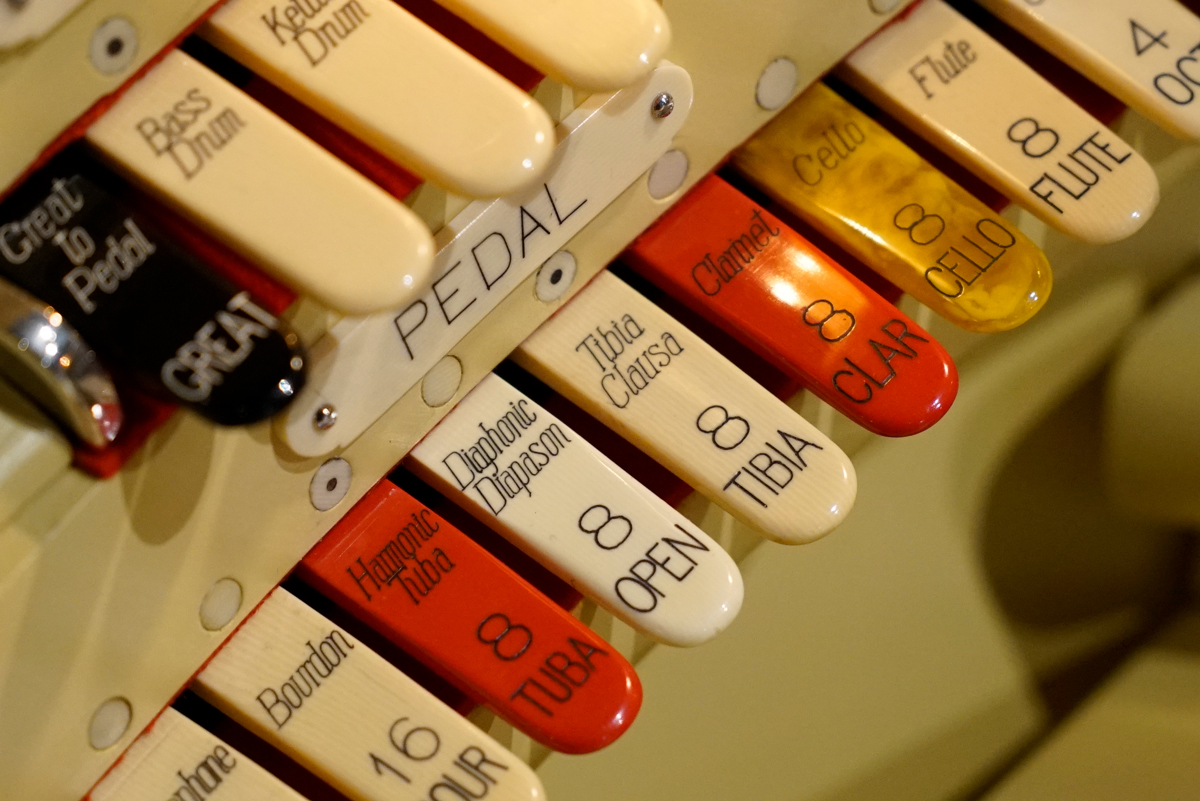 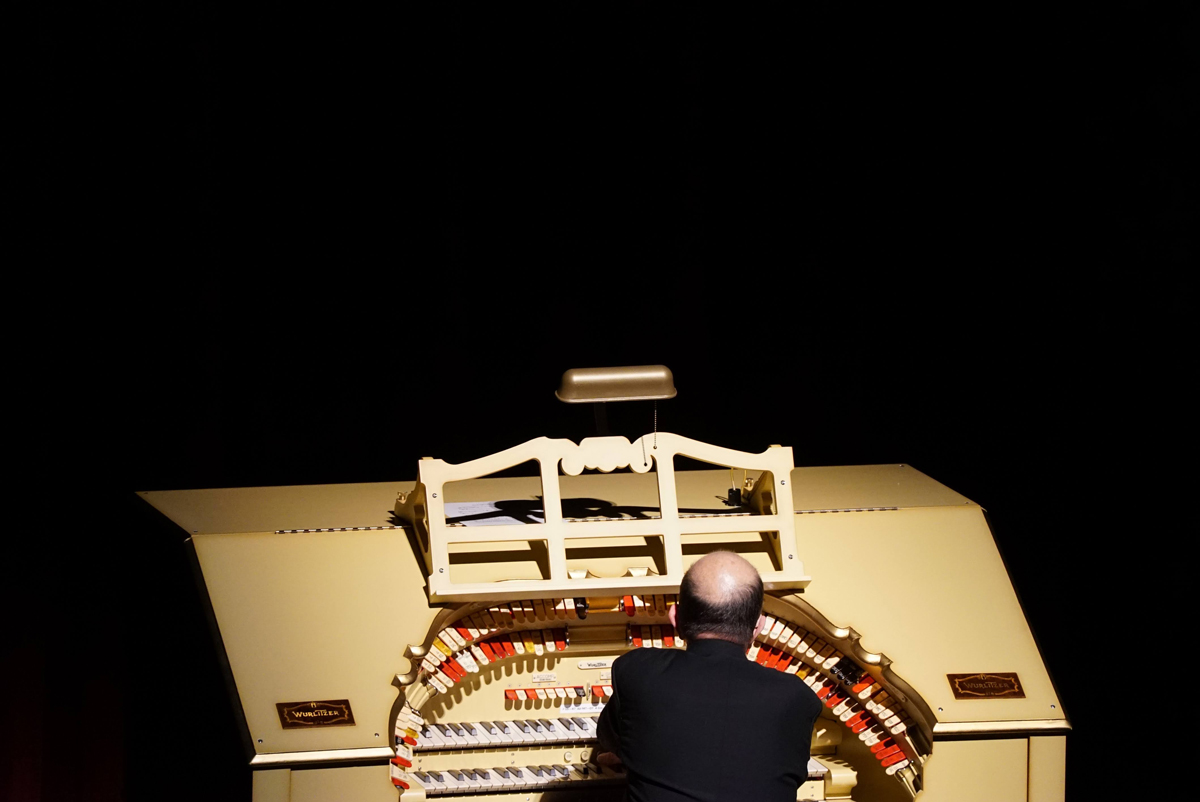 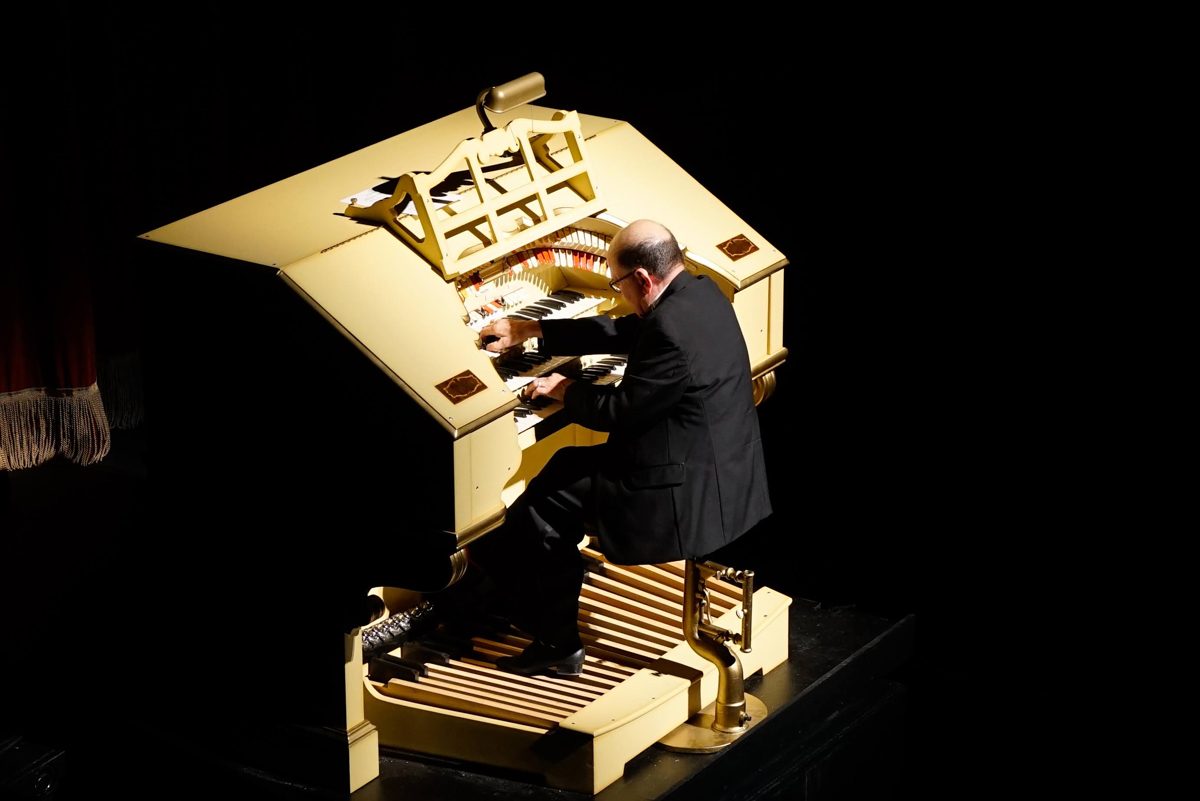 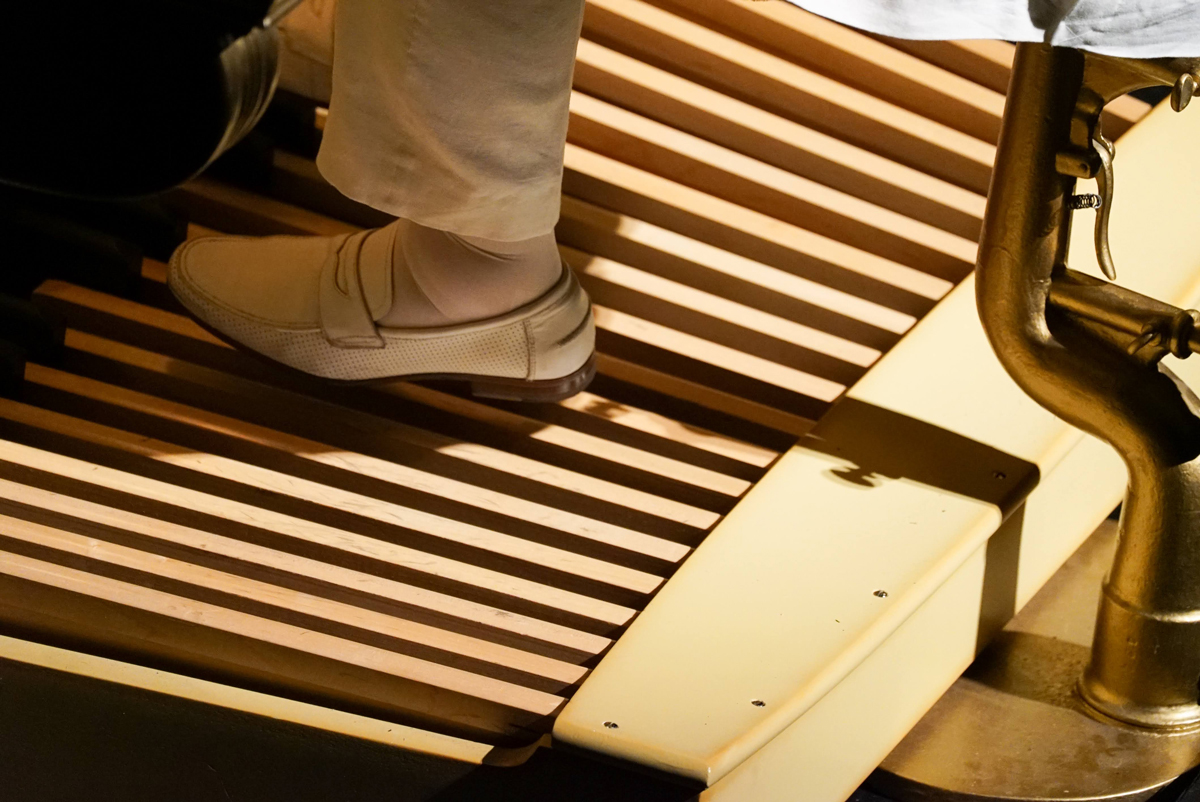 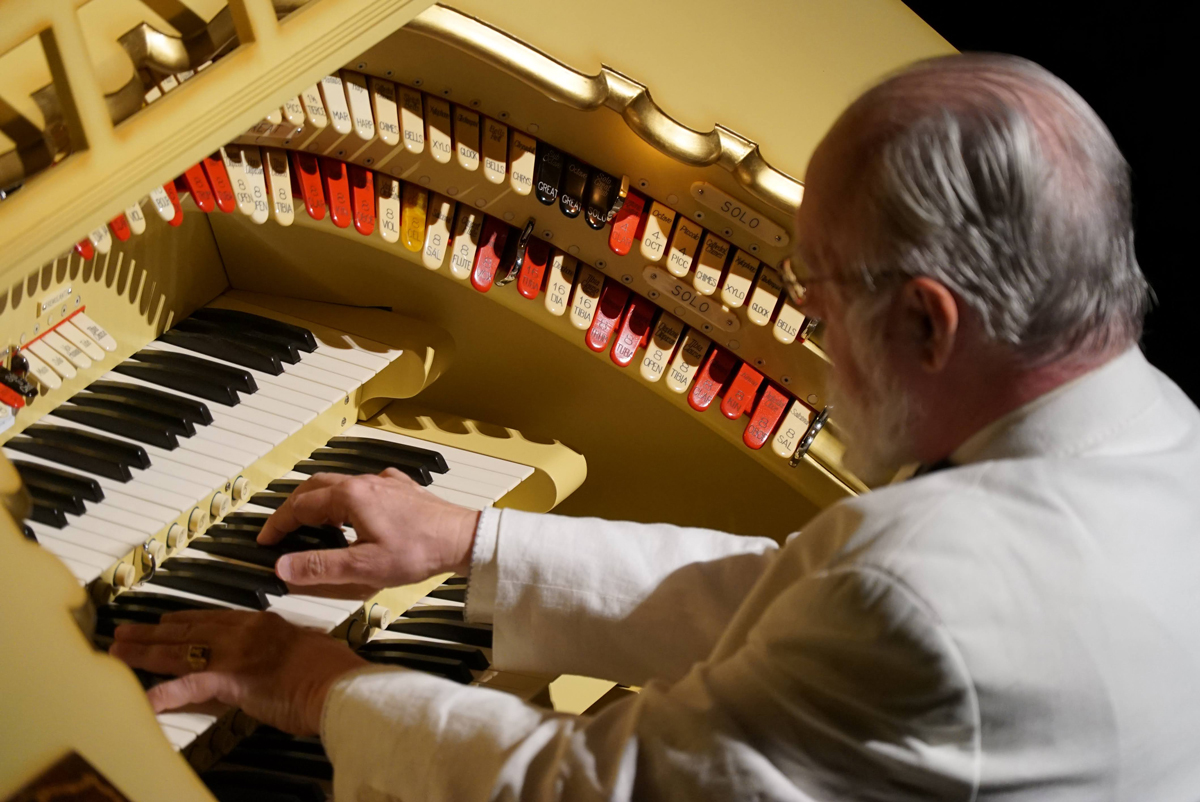 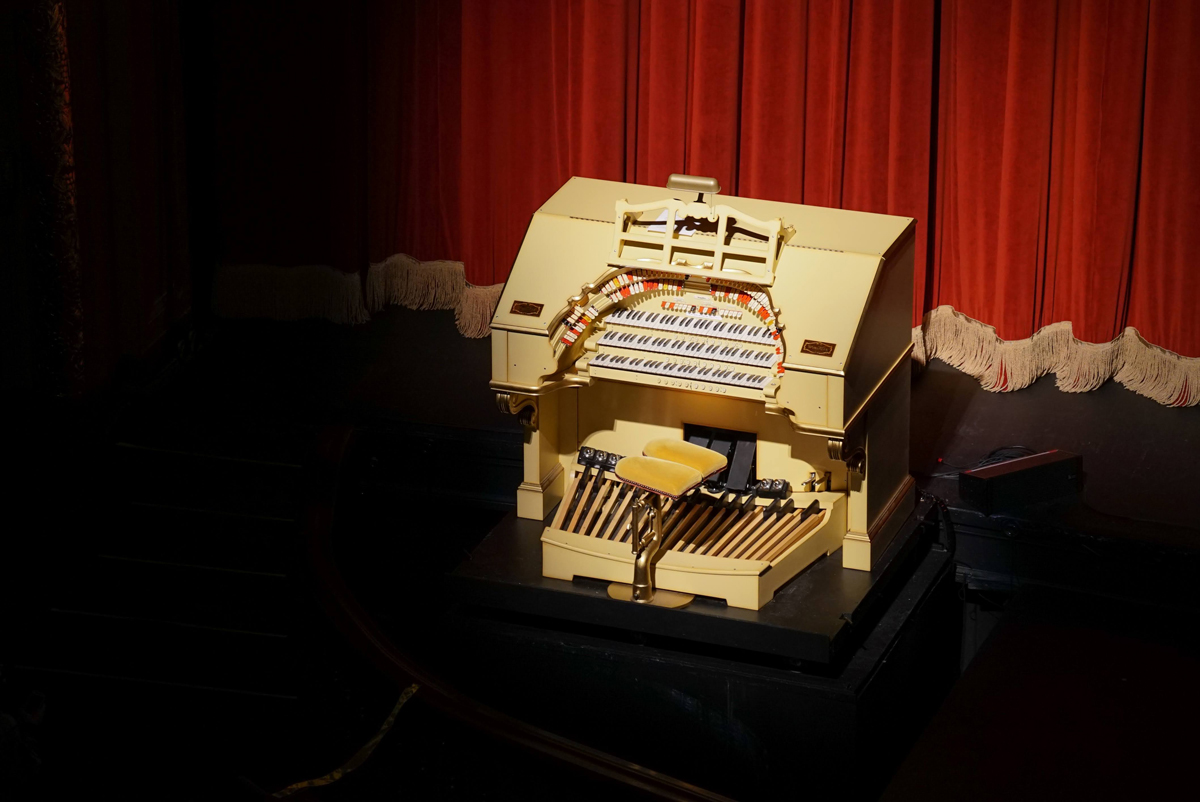