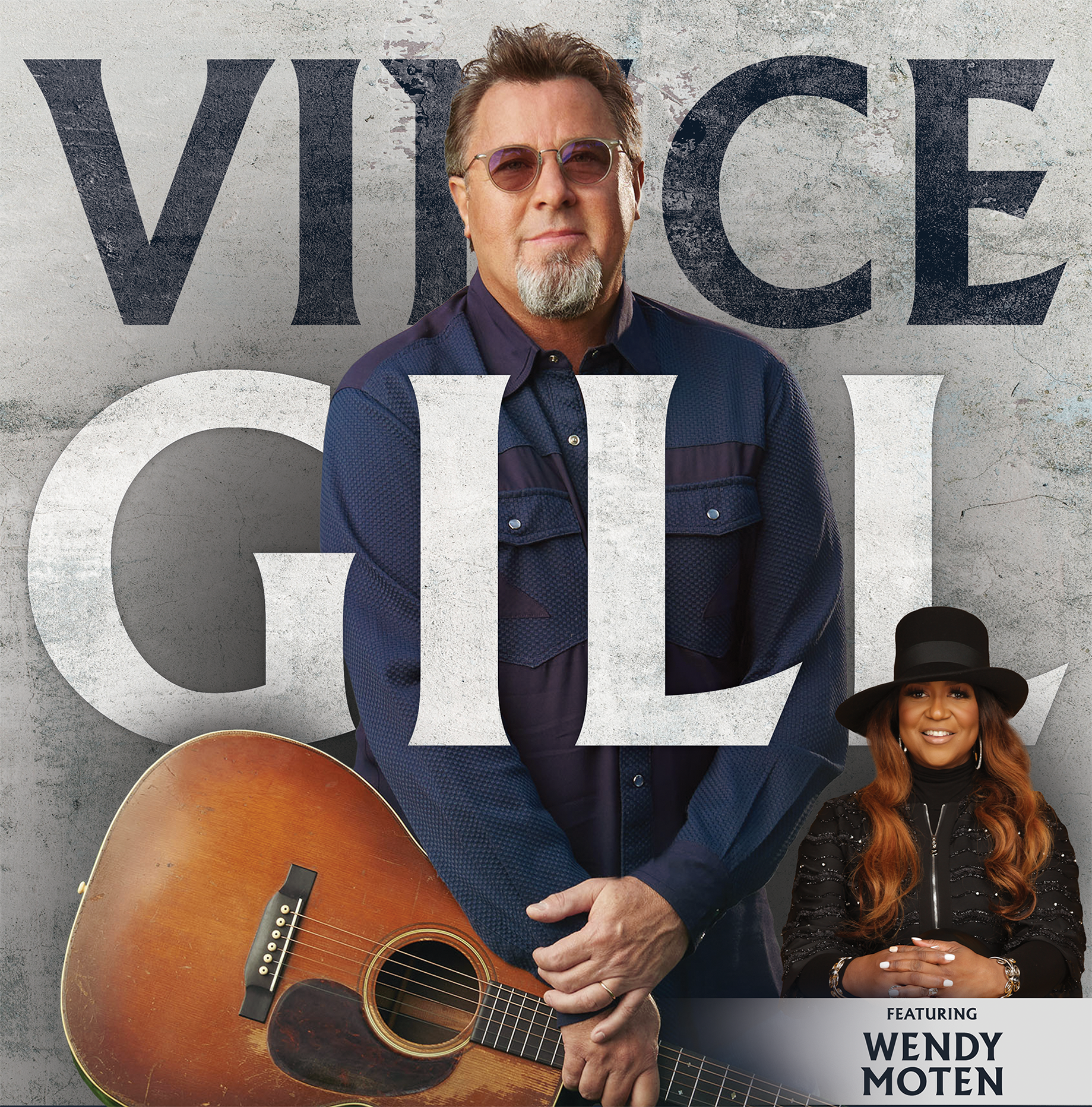 One of the most popular artists in modern country music, Vince Gill is famous for his top-notch songwriting, world-class guitar playing and warm, soaring tenor, all wrapped up in a quick and easy wit. Gill achieved his big breakthrough in 1990 with “When I Call Your Name,” which won both the Country Music Association’s (CMA) Single and Song of the Year awards as well as a Grammy for Best Country Vocal Performance, Male. Since then, Gill has won 17 additional CMA Awards, including Song of the Year four times – making him the most-awarded artist in that category in CMA history, and a total of 22 Grammy Awards, his most recent one for Best Country Solo Performance – “When My Amy Prays.”

Gill’s current album, the critically acclaimed OKIE, is his most personal album, as he sings about his wife in prayer, about kindness and forgiveness, about his heroes in death, and about his own loves, joys, and regrets.

Wendy Moten is an exceptional, adaptable singer, a pure musical spirit, and a bridge from Memphis to Nashville to the rest of the world. Respected in the music industry as a consummate professional for years, the wider public discovered her talent and charm through her remarkable run on NBC’s The Voice in 2021. She turned all four judges’ chairs on her blind audition and ended up in second place overall – unprecedented for an artist in her 50s. A native of Memphis, Moten sang R&B on a major label in the 90s then moved to Nashville to become an in-demand harmony singer. She spent 15 years as the key support voice for Julio Iglesias. And she has toured with Martina McBride, Tim McGraw & Faith Hill, and Vince Gill. She’s performed as a soloist on the Grand Ole Opry multiple times and been a featured artist in the Country Music Hall of Fame and Museum’s Musician Spotlight series. In 2019 she joined the Grammy-winning Nashville western swing band The Time Jumpers.