We have established important procedures for keeping patrons, performers, staff, and volunteers safe and healthy at the Orpheum Theatre and Halloran Centre. Read all of the details.

LIVE AT THE ORPHEUM Orpheum Theatre

LIVE AT THE ORPHEUM Orpheum Theatre

Stephanie Mills is one of the most distinctive voices in contemporary music whose onstage energy and power inspires standing ovations wherever she performs. She is a legendary GRAMMY- and American Music Award-winning recording artist with five best-selling albums and 10 Billboard #1 singles.

Jeffrey Osborne is an American funk and R&B musician, songwriter, lyricist, and former lead singer of the band, L.T.D. The band recorded hit singles such as "(Every Time I Turn Around) Back in Love Again", "Concentrate on You," "Love Ballad" and "Holding On (When Love Is Gone)". At first, Osborne was a drummer, sharing lead vocal duties with his brother Billy, but by 1978 he became the group's primary lead vocalist. He and Billy both left L.T.D. in early 1980 to start solo careers. His solo success includes five gold and platinum albums. 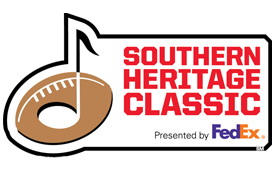