THE ARCHITECT OF SHOCK-ROCK

Alice Cooper pioneered a grandly theatrical brand of hard rock that was designed to shock.  Drawing equally from horror movies, vaudeville, and garage rock, the group created a stage show that featured electric chairs, guillotines, fake blood and boa constrictors. He continues to tour regularly, performing shows worldwide with the dark and horror-themed theatrics that he’s best known for.

With a schedule that has included six months year in and year out on the road, Alice Cooper brings his own brand of rock psycho-drama to fans both old and new, enjoying it as much as the audience does. Known as the architect of shock-rock, Cooper (in both the original Alice Cooper band and as a solo artist) has rattled the cages and undermined the authority of generations of guardians of the status quo, continuing to surprise fans and exude danger at every turn, like a great horror movie, even in an era where CNN can present real life shocking images.

As he finally heads back out on the concert trail, Alice insists he’s still motivated to continue touring and recording albums, as well as making time for other projects, including most recently, Alice’s widely praised 2018 performance as King Herod in NBC-TV’s live production of “Jesus Chris Superstar” on Easter Sunday.

Released in February, 2021, his latest album “Detroit Stories,” (produced again by Bob Ezrin) is inspired by the garage rock music of Detroit in the late Sixties, including several classic covers of Detroit hits from that era, recorded in Detroit with all Detroit musicians.  It entered Billboard’s album sales chart at #1 the week of release, and also charted high upon release on the album charts in the UK, Germany, Australi, Sweden and other countries.

As if that wasn't enough, “Nights With Alice Cooper,” Alice’s nightly radio show, continues to air in nearly 100 cities in the USA, Canada, Australia, and the UK. The five hour long show features his favorite classic rock songs along with his insider anecdotes about many of the artists.

Cooper was born in Detroit Michigan, and moved to Phoenix with his family.  The Alice Cooper band formed while they were all in high school in Phoenix, and was discovered in 1969 by Frank Zappa in Los Angeles, where he signed them to his record label.  Their collaboration with young record producer Bob Ezrin led to the break-through third album “Love It to Death” which hit the charts in 1971, followed by “Killer,” “School’s Out,” ”Billion Dollar Babies,” and “Muscle of Love.”  Each new album release was accompanied by a bigger and more elaborate touring stage show.  1974 saw the release of a “Greatest Hits” album, and then Cooper, in 1975, released his first solo album, “Welcome to My Nightmare” in 1975, accompanied by the legendary groundbreaking theatrical Welcome to My Nightmare concert tour.

Associated with that album and  tour was the ground-breaking network TV special Alice Cooper: The Nightmare.  Other film and television appearances include The Muppet Show, Mae West’s last film Sextette, Roadie, Sgt. Pepper’s Lonely Hearst Club Band and appearances on The Tonight Show starring Johnny Carson and  Tom Snyder’s Tomorrow Show.  The original band also made an appearance in the movie Diary of a Mad Housewife in 1979, filmed the full-length feature film Good To See You Again Alice Cooper, and Alice appeared in a 1972 episode of The Snoop Sisters.

Alice’s solo career skyrocketed in the late 1970’s, with a succession of hit singles, including “You & Me,” and classic albums, including “Lace And Whiskey” and “From The Inside,” and bigger and even more elaborate concert tours.

In the ‘80’s Cooper explored different sounds, highlighted by the new wavish album “Flush The Fashion,”  the heavy metal “Constrictor” and “Raise Your Fist And Yell,” and then 1989’s  melodic hard rock album “Trash,” which featured the massive hit single “Poison” and became his biggest selling album and single worldwide.  During this period Alice also appeared in the horror films Monster Dog and John Carpenter’s Prince of Darkness, and recorded songs for the soundtracks to Roadie, Class of 1984, Friday the 13 Part VI:  Jason Lives and Wes Craven’s Shocker.

Cooper’s most memorable movie appearance was as himself in Wayne’s World in 1991.  He also played (fittingly) Freddy Krueger’s wicked step-father in Freddy’s Dead: The Final Nightmare, and appeared on Gene Wilder’s TV series Something Wilder  as well as on That ‘70’s Show.  The 90’s also saw the release of the albums “Hey Stoopid,” “The Last Temptation,” and “Fistful of Alice,” a live album.

1999 saw the release of the definitive historical 4 CD box set "The Life & Crimes of Alice Cooper," from Rhino/Warners.

Twenty-plus years into the new millenium, Cooper continues to be very productive and busy, writing, recording and releasing the albums “Brutal Planet,” “Dragon Town,” “The Eyes of Alice Cooper,” “Dirty Diamonds," “Along Came a Spider,”  "Welcome 2 My Nightmare," 2017’s “Paranormal,” and 2018’s “Live at L’Olympia Paris,”plus "Old School 1964-1974," a limited edition box set celebrating the original band.  2021 also has seen the DVD/blu-ray release of the live video of that “Live at L’Olympia Paris” concert.

He also wrote and published a memoir, "Golf Monster," in 2007, which tracked his life from childhood to rock stardom, and his journey from alcoholic to golf addict, and was featured in the Tim Burton film "Dark Shadows" in 2012.

Alice, Dennis, Neal, Michael, and the late Glen Buxton (posthumously) were inducted into the Rock N Roll Hall of Fame in March, 2011.

2014 saw the release of "Super Duper Alice Cooper," a documentary detailing the arc of Alice's rollercoaster ride in the world of rock superstardom.   Directed and produced by the same team from Banger Films that delivered the award-winning Iron Maiden and Rush documentaries, it premiered at the 2014 Tribeca Film Festival in NYC, and has since been released on Blu-Ray and DVD by Eagle Rock Entertainment.

Though his 2020 worldwide concert tour, dubbed “Ol’ Black Eyes Is Back,”was cut short by the pandemic,  he looks forward to continuing to bring his iconic brand of rock & roll to fans on five continents now in 2021, 2022 and beyond.

With his influence on rock & roll and popular culture long since acknowledged, there is little that Alice Cooper hasn't achieved in his remarkable career, including platinum albums, sold-out tours and any number of honors and career achievement awards. 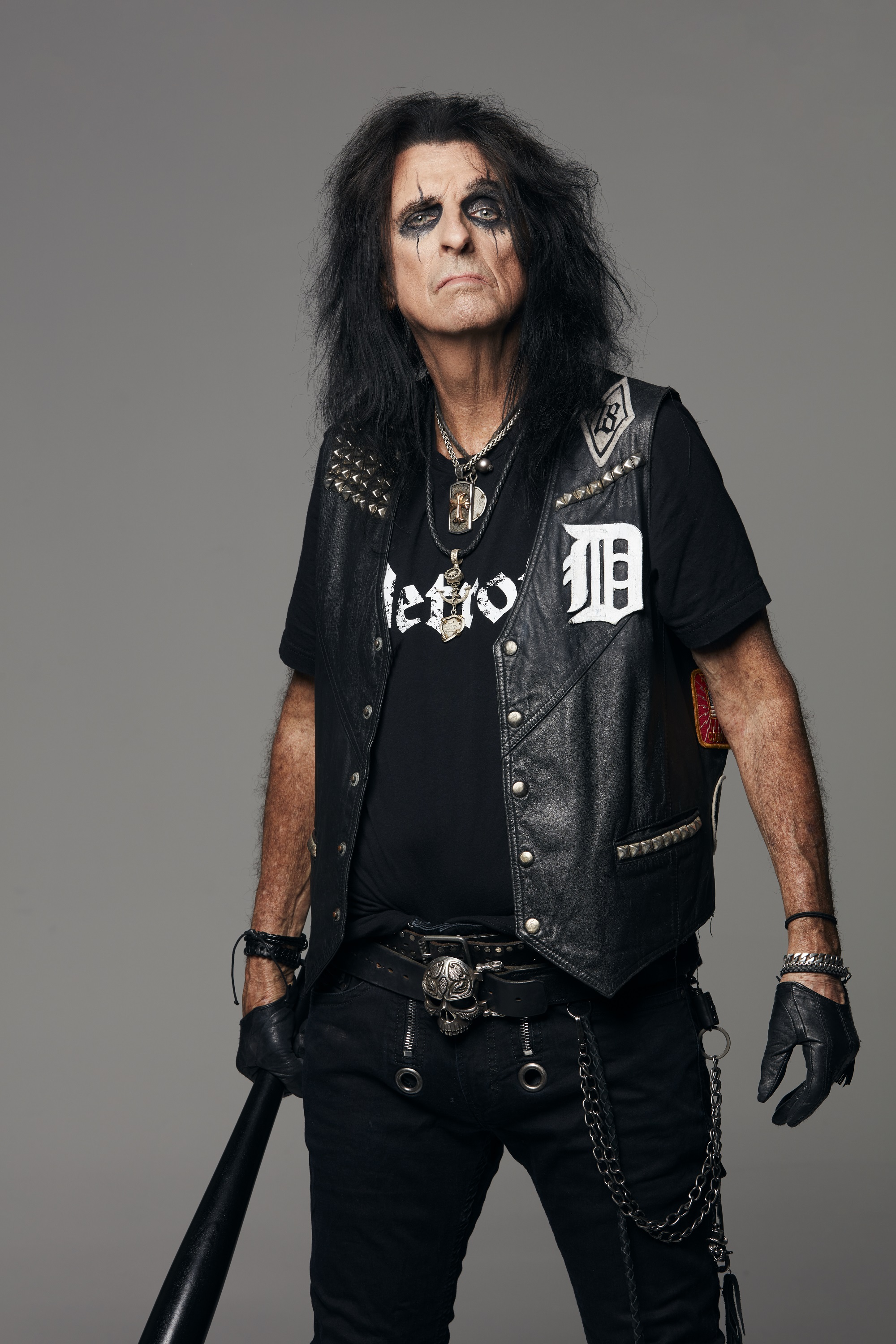 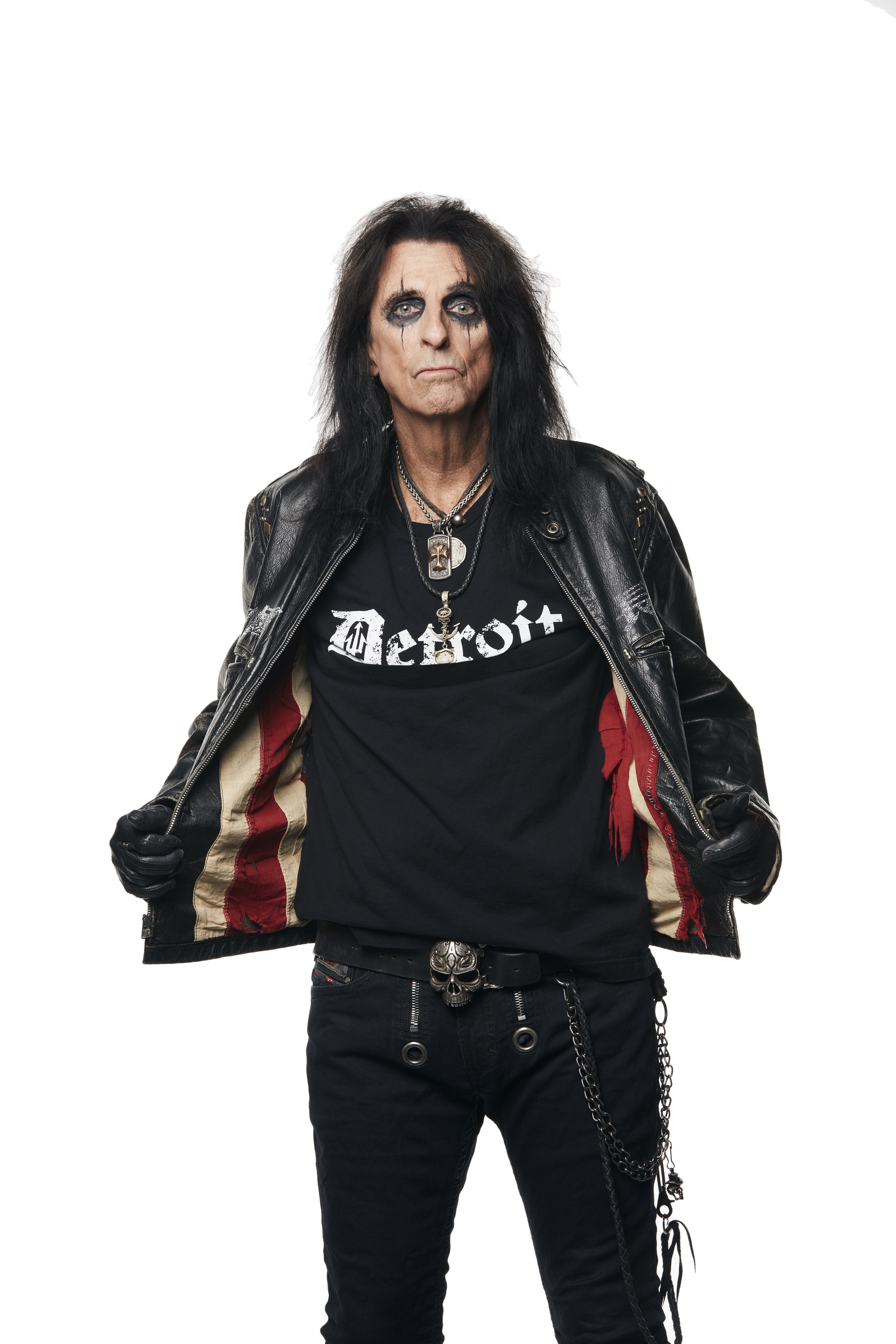 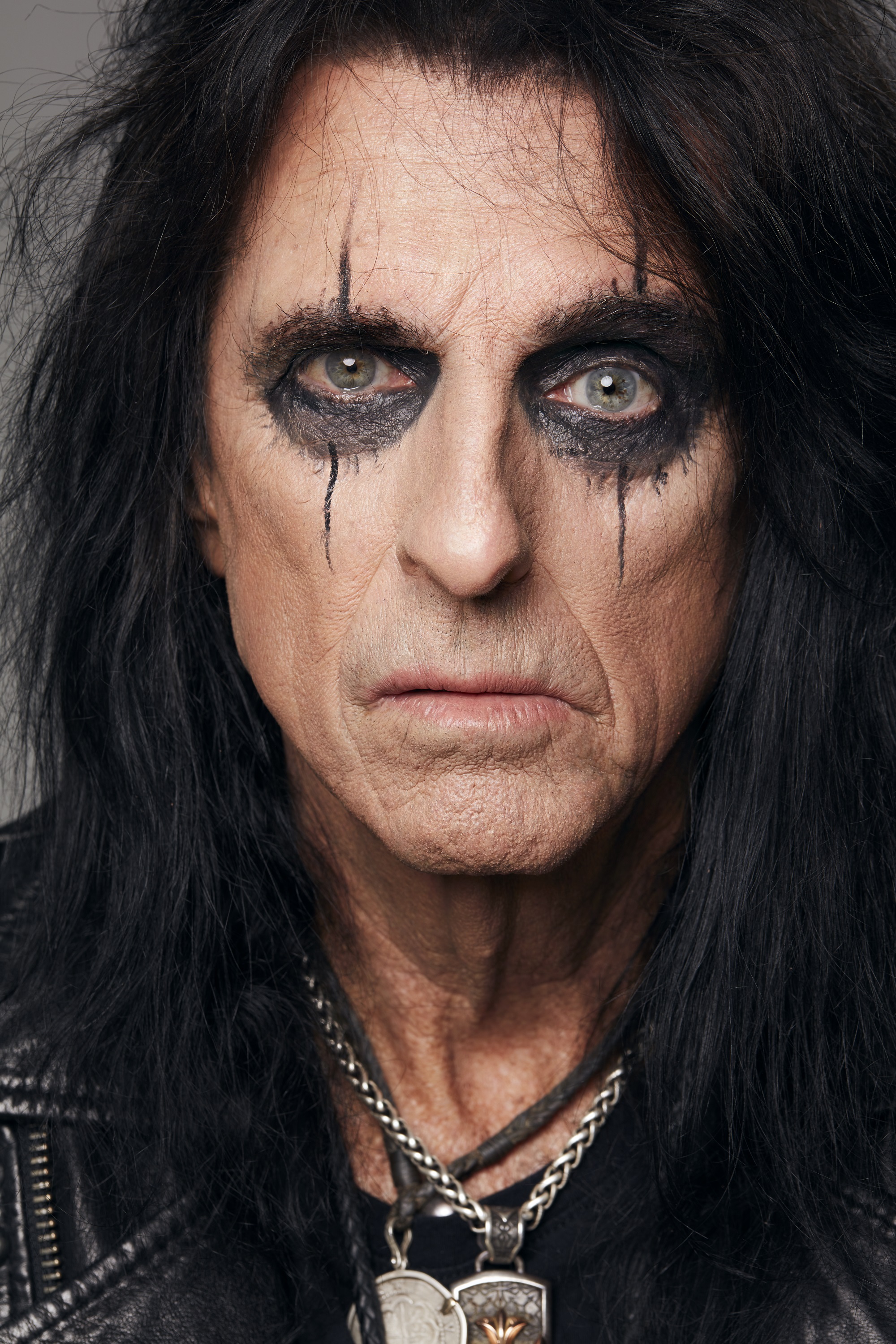